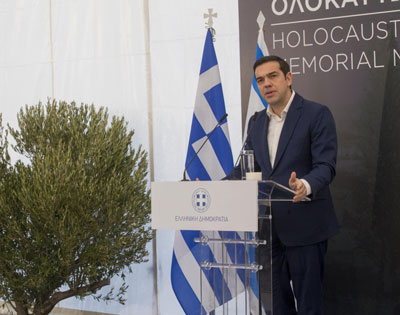 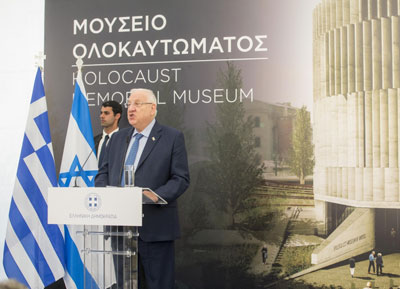 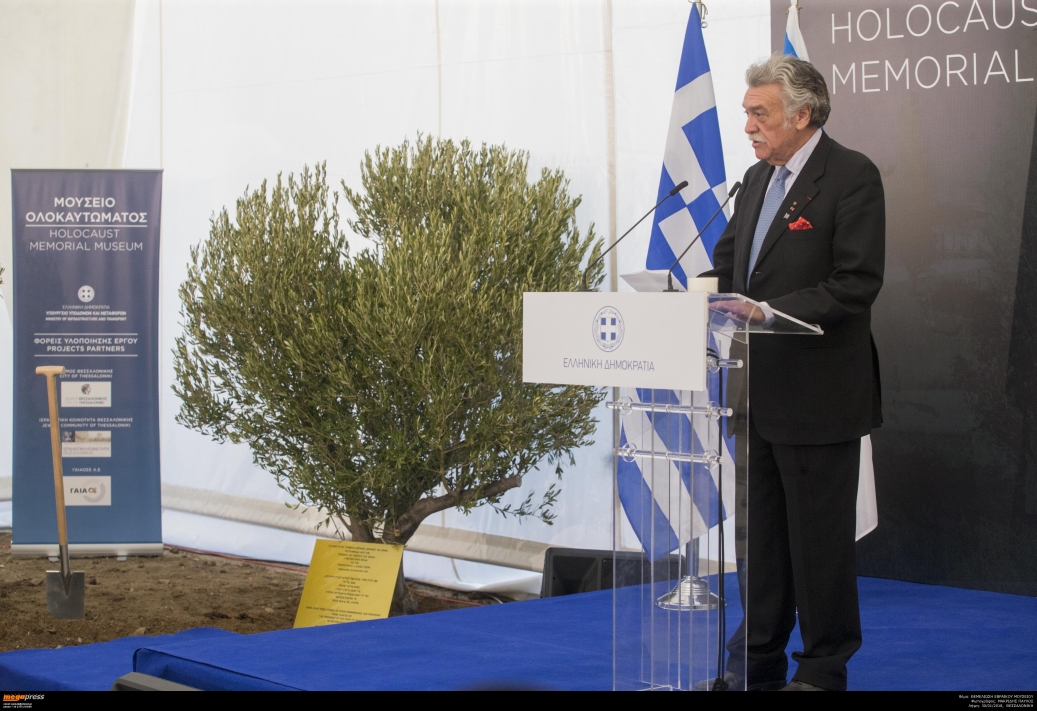 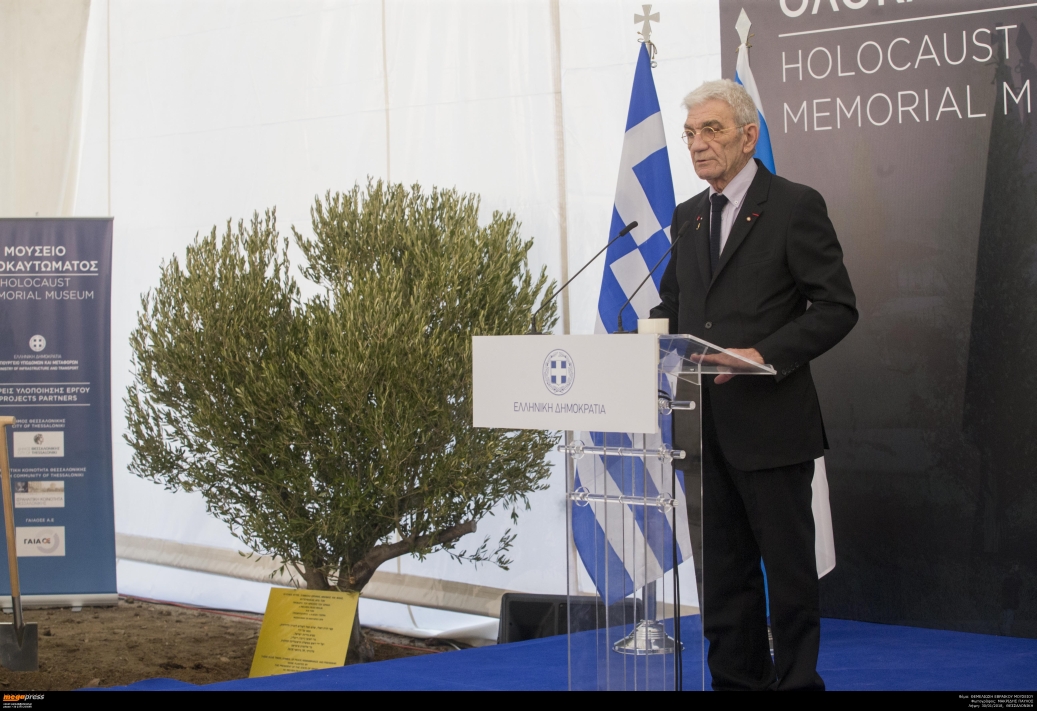 Mayor says memorial to 54,000 Jews murdered by Nazis will 'symbolize our shame...for what we could not, or did not wish to do'

President Reuven Rivlin attends a foundation stone-laying ceremony for a Holocaust museum in the Greek city of Thessaloniki on January 30, 2018. (Haim Zach / GPO)

President Reuven Rivlin joined Greek Prime Minister Alexis Tsipras on Tuesday for a foundation stone-laying ceremony for a Holocaust museum in the Greek city of Thessaloniki, which lost 97 percent of its Jewish community during the war.

Rivlin and Tsipras symbolically planted two olive trees on the site of the future museum that will be built over Thessaloniki’s former train station, where the city’s 54,000 Jews were shipped off to Nazi death camps.

“The Holocaust is not only a Jewish issue, it is an international issue that touches every nation and people. Here too, in Greece, it is a national issue,” Rivlin said at the ceremony.

“The Museum to the Holocaust to be built here will be a museum of remembrance and testimony. The museum must express the rich history of Thessaloniki, and show our duty to forge a world committed to swearing, Never Again,” he said.

In his remarks, Tsipras vowed his country would never again be bystanders to racism, and said the Holocaust memorial would be a symbol of Greece’s commitment to uphold values of human rights.

“Unfortunately, there are shadows appearing in Europe, racism is trying again to make impact and monuments are unfortunately again being vandalized,” he said. “The museum is part of our commitment to the rights of the people in the whole world to live in the absence of fear.”

Tsipras went on to say that the museum will fulfill an old debt for the city, some 40 percent of whose pre-war population was Jewish.

“It is very important for Thessaloniki, for the Jewish community, and for humanity that the city is getting a Holocaust museum,” Auschwitz camp survivor Heinz Kunio said.

Kunio, 90, was among the first group of Thessaloniki Jews to reach the concentration camp in 1943, together with his sister and parents. All survived because they spoke German and were employed as interpreters.

“I will always remember the five great chimneys that belched black smoke 30 meters (90 feet) high,” he told The Associated Press. “And underneath there was something like white swirling steam. Above was the smoke from the bodies, and below from the souls of the dead.”

The museum will occupy a plot close to the former Jewish neighborhood of Baron Hirsch, turned by the Germans into a ghetto and transit camp. Designed by Israeli and German architects, its funding will include contributions from the German government and Thessaloniki’s Jewish community — currently about 1,300-strong.

Community leader David Saltiel told the AP that the project enjoyed strong backing from the city’s residents and officials.

“This city had been covered in a veil of silence,” he said. “Survivors (from the Nazi camps) didn’t find the best possible conditions when they returned, which is why Thessaloniki’s Jews were doubtful as to whether this project would go ahead. But now everyone wants it.”

Thessaloniki Mayor Yiannis Boutaris said the museum would tell the story of Jewish communities from all over Greece and the southwestern Balkans.“It will symbolize our shame,” he said. “For what happened, for what we did, and mostly for what we could not or did not wish to do … during and after the war.”